Someone once said that the United States and England are two countries divided by a common language. The Henderson Swasey and Oaklands Town Forests in Exeter, NH are two nature preserves divided by a common highway. Falling on both sides of Route 101, the two properties are connected by a tunnel under the busy road. Both are worth visiting and have some distinct features.

I visited each property separately and during different seasons, but enjoyed both. Let’s start with Henderson Swasey which can be accessed directly from its own parking area or after a short walk from the Oaklands side.

In the past it looks like there was granite quarrying on the Henderson site which is full of granite boulders and ledges. Of the two, this preserve has the greater degree of difficulty with the trails because of the ledges, but it’s not too bad. I found several areas where people had built fires. There are also many vernal pools to explore and which provide much needed breeding habitat for many woodland creatures such as turtles, salamanders, frogs and toads. Trails maps located at the major trailheads and they are well marked. 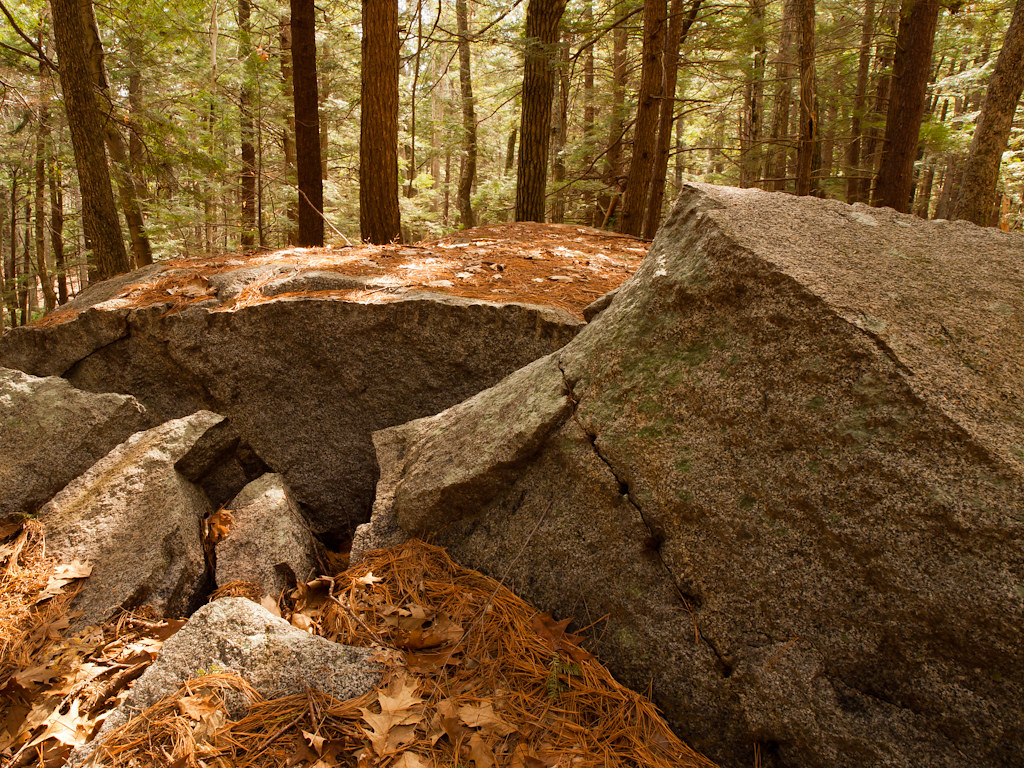 The Oaklands side appears a bit different and there was less exposed ledge and fewer boulders. The trails include many wooden walkways to keep hikers’ feet out of the mud and to reduce physical degradation of the trail and the terrain. Many of them are constructed of slices of whole trees cut lengthwise so you can see knots and other features of the tree like where the branches were. It adds a lot of character. 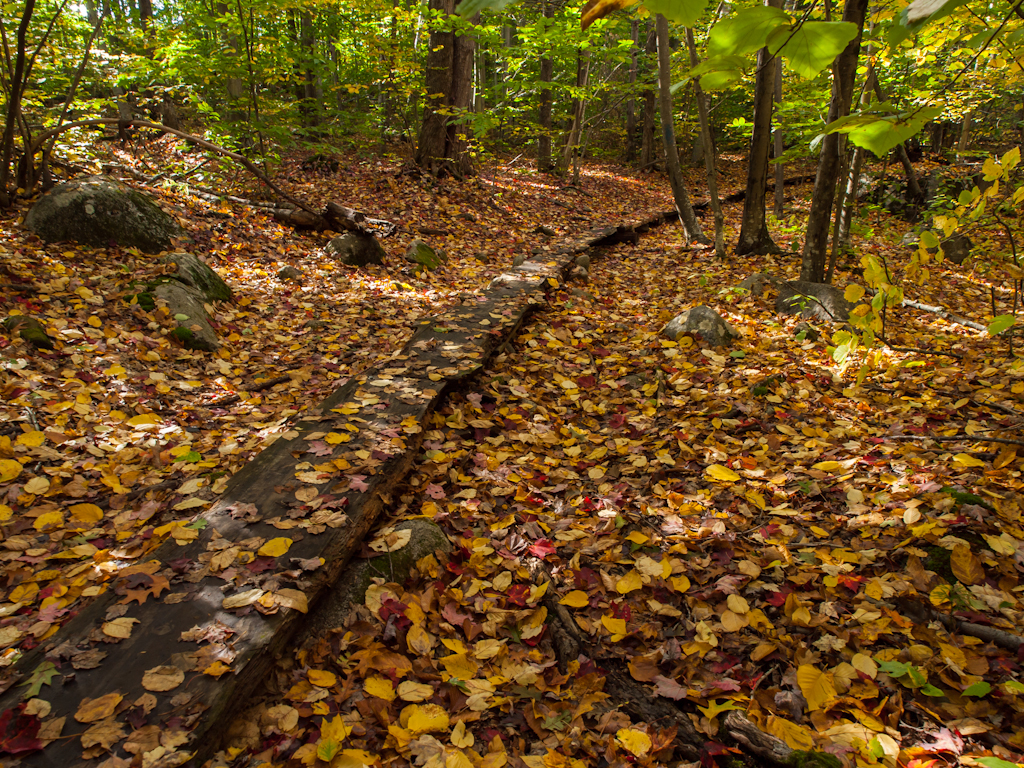 One of the most surprising features at Oaklands is the deep marsh that is made cross-able with an extended network of walkways and bridges. 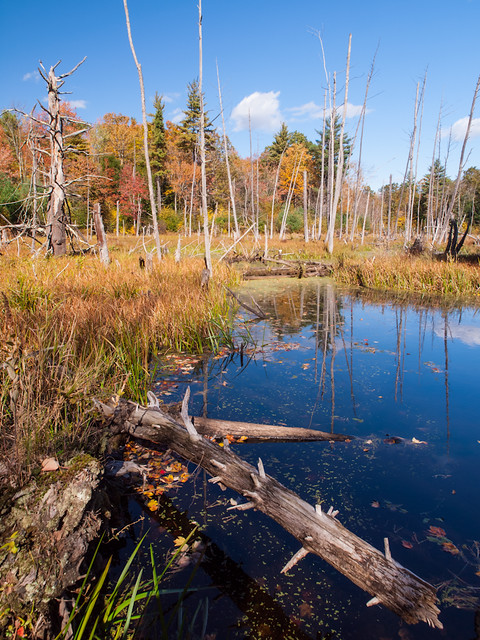 I ended up in a suburban neighborhood during this part of my walk and the trail goes from one side of the road to the other, hugging tight to some backyards. That must be a great perk of living there for sure – almost like having a gigantic backyard or estate. Because I went in October, there were tons of mushrooms and other little forest floor gems. I am always drawn to the small sphere and hope that people will stop and take the time to discover the tiny wonders at their feet.

How to get there –

Head for the city of Exeter, NH – Exit 10 on Route 101 will get you to either preserve and you can get to both properties from the other via the tunnel under Route 101.

For Henderson Swasey Town Forest head south on Route 85 (Newfield Road) – where you see a low railroad trestle there is also an unmarked dirt driveway on the right just before it (touching it actually) which will bring you to the parking area and information kiosk.

For Oaklands Town Forest head north on Route 85 where you will see a well marked parking area on the left.

Happy trails and remember to carry out what you carry in (and pick up after those who don’t) and please leash your dogs! Also please respect local rules and regulations.